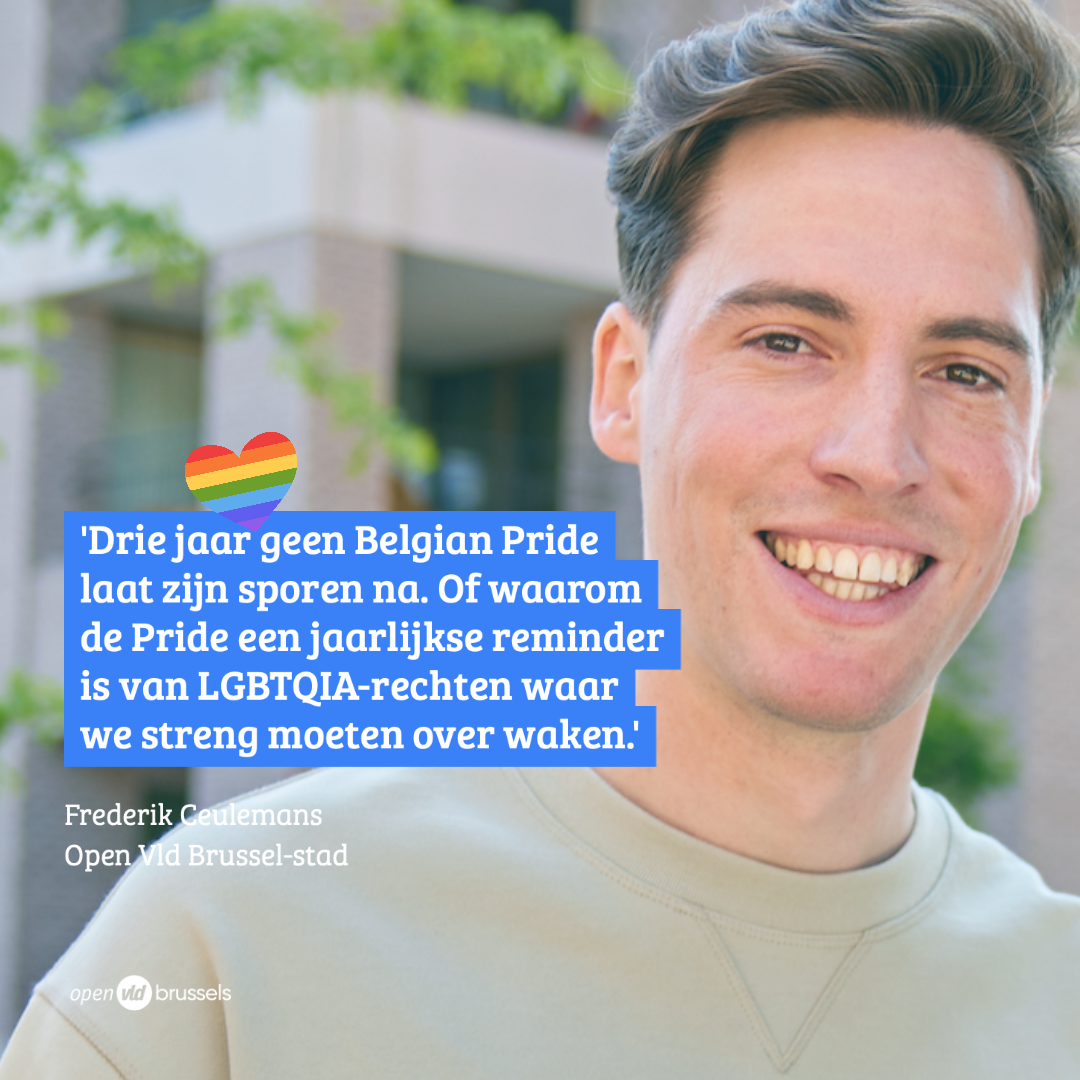 June is Pride month and with more than 120,000 participants at the last parade of the Belgian Pride, one can rightfully say: “We are back!” After three years of absence, I too was finally able to enjoy the ultimate celebration of freedom on the iconic steps of the ‘Mont des Arts.’ From time to time, I hear things along the lines of “Why is a Pride parade necessary if you already have equal rights?,”  even from people within the LGBTQIA+ community itself. Why is it necessary?

Unfortunately, that became painfully clear on the day of the parade itself. For the family of Luca, a thirteen-year-old trans boy, it was also supposed to be a beautiful and cheerful day, but instead, it ended in hatred, violence and trauma. Luca had come to the parade with his eighteen-year-old sister and mother to make enjoy a nice and festive day, but they were attacked on their way back to their parked car simply because Luca was walking around with a rainbow flag. That same day, 16 homophobic hate crimes were reported to the Police.

There were also about 10 complaints with respect to cab drivers who refused to offer rides to people from the LGBTQIA+ community. This makes it very clear that there were indeed people who not happy with the return of the Belgian Pride after 3 years of absence.

“The 3-year absence of the Belgian Pride left its mark. This also shows how the Pride is an annual reminder of LGBTQIA+ rights that must be safeguarded.” said Frederik

Why is it necessary? Because we need to keep reminding people that equal rights for members of the LGTBQIA+ community are not unequivocally acquired. Discrimination and violence against these people remains a reality that is sometimes experienced on a daily basis in Brussels. We like to think of our city as tolerant and open, yet I too can say that I pay attention and feel uncomfortable when I walk hand in hand with someone through the streets of Brussels.

At the beginning of the year, the Brussels government approved the plan for inclusion of LGBTQIA+ people for the period of 2022-2025. It sets out four priorities: combating violence and ensuring an effective prosecution policy through the police, implementing awareness measures, strengthening cooperation with relevant associations, and streamlining regulation. The 3-year absence of the Pride caused the incredibly pleasant reappearance of the yearning for freedom to be who you are. Unfortunately, a few incidents left a sour taste in our mouths that will only disappear when we finally get everyone on board.