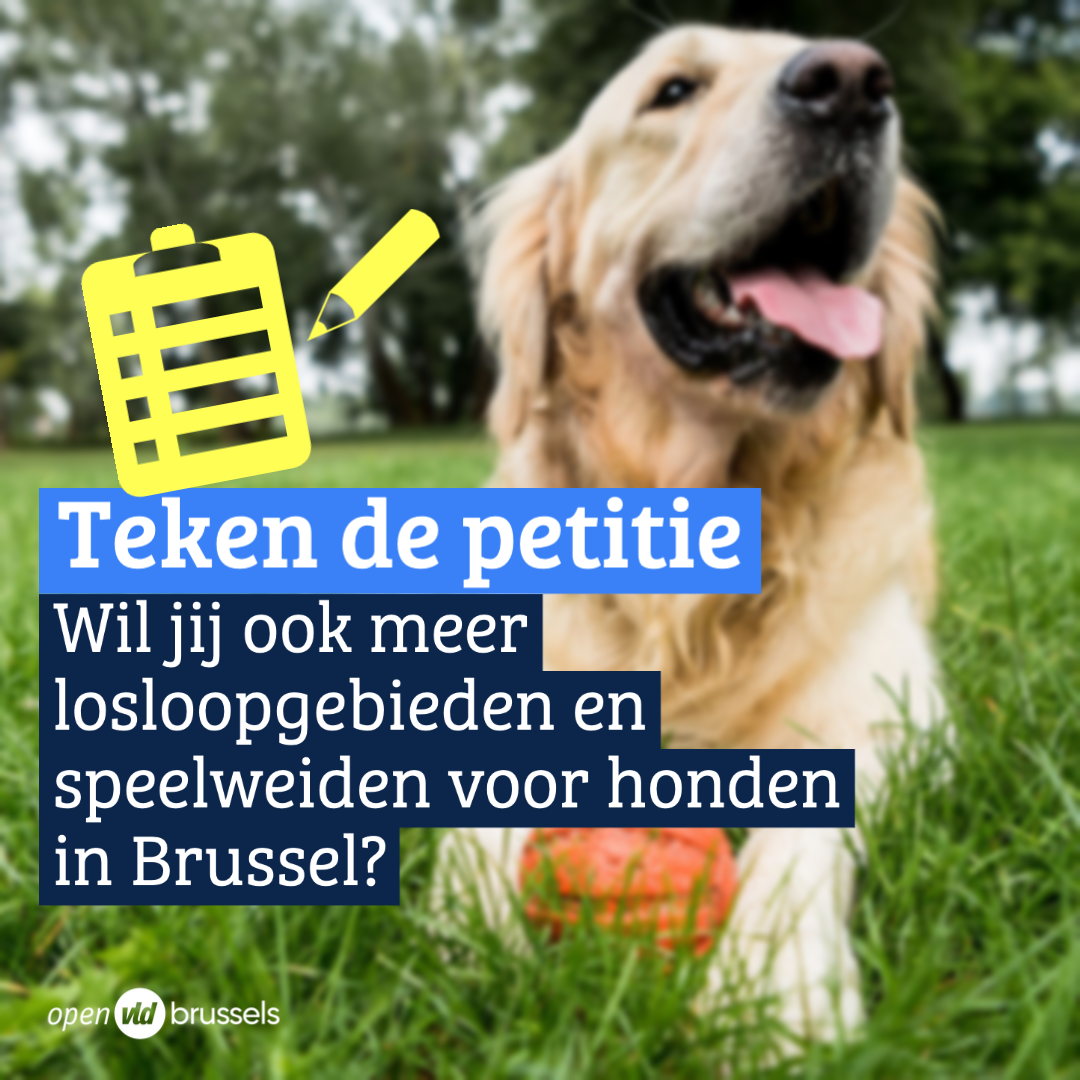 More and more inhabitants of Brussels are getting a dog, and some of them let their four-legged friend run free in green areas, even though it is not always permitted. "The incident in the Duden Park has once again shown the importance of off-leash areas," says Brussels MP Carla Dejonghe. That is why she is launching a petition to mark off more green areas in which dogs can roam free, i.e. without a leash. There are currently around 55 off-leash areas (35 of which are fenced), but they are not evenly distributed across the Region and are not always clearly fenced or indicated. "Dogs should be able to go for a walk on a daily basis, and should preferably run around and play freely. However, they should not disturb others. That is why we are launching this petition," says Dejonghe.

The city’s statistics even show that dog owners are indeed becoming more numerous. In 2019, there were around 105,000 dogs in the Region, meaning that 1 in 10 residents had a dog. According to Carla Dejonghe, dogs can have a beneficial effect on our health. "On average, dog owners walk 30 minutes more per week than those who do not have one. A dog also facilitates social contact and can be seen as a form of social control in the neighbourhood. That way, there will always be people outside in the evenings. On top of that, dogs can also reduce stress," explains Dejonghe.

Not only does the owner's well-being matter, the animal must also be happy. It needs to be taken out for walks regularly so it can run, play and enjoy itself safely. Those that do not get enough exercise can become stressed out and may even show unwanted behaviour. Therefore, it is important they run around off leash from time to time, but this can have a negative impact on other aspects of our lives. It can have a disturbing effect in ecologically sensitive areas. They can, for example, trample birds' nests. Dog faeces can become a problem, and people who are afraid of dogs can also suffer greatly from this.

"All things considered, we only see advantages in increasing the number of areas where dogs can run freely," says Dejonghe. In addition to the off-leash zones, the petition asks for more dog play areas, bins for dog waste bags and clear signs indicating the places where dogs do not have to be on a leash.  "The Brussels Region has been focusing on improving animal well-being for several years now. These zones are an important part of that. Fencing off available areas and installing a safety lock at the entrance is ultimately only a small effort. Maybe even a part of the ‘Forêt de Soignes’ can be fenced off", concludes Carla Dejonghe.